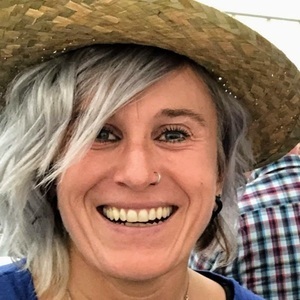 Esther was born in Washington State to immigrant parents from Navarra, Spain, where she grew up learning Spanish at home and English at school. She was driven to learn Basque because first it'd been forbidden to learn for her mom and because her dad along with all his family spoke Basque. For 16 years, Esther was a high school teacher in the USA. Since 2014, she's been teaching English in Spain. After 22 years of classroom teaching, she decided to take on a new challenge in 2020 and take her skills to the online scene. She's also one of the leaders of the United States Federation of Pelota. She's been fortunate to not only play in several World Cup tournaments, but also serve as the Team Leader for Pelota Vasca in two Pan American Games.