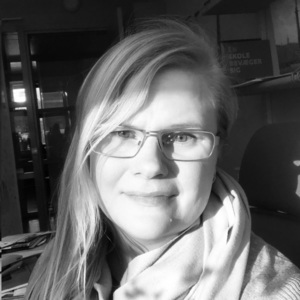 Karin is a drama teacher, voice actor and podcaster from Sweden. She produces and co-hosts pop culture podcast Det nya svarta in Swedish. She is also the creator, writer and producer of audio drama Y2K in English, which is about love, identity and long-distance friendship in the year 2000. As a voice actor you can hear Karin in for example The White Vault, Mirrors, Vampires of White Chapel, Boston Harbor Horror, Copperheart and Hit the Bricks.