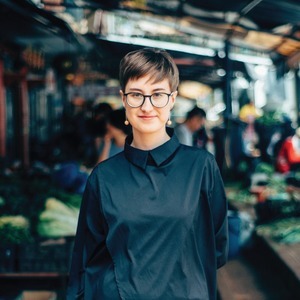 Lindie Botes is a UI/UX designer living in Johannesburg, South Africa. She grew up as a third culture kid in Islamabad, Paris, Dubai and Tokyo, and started learning foreign languages from a young age.
When she was in her last year of high school, she didn’t want to study for exams and instead chose to level-up her Korean.

Since then, she’s had a fascination for Asian languages. Now, she works as a part-time language tutor, teaching Korean, Japanese and Chinese. On the side, she runs a Youtube channel where she inspires language learners to stay motivated and to not be afraid of new challenges. She is currently working on her Hungarian and Vietnamese.